Miscarriage, Pregnancy, Hysterectomy: How Running Got Me Through 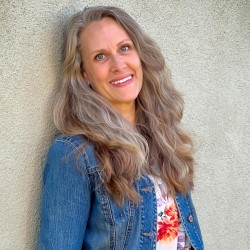 Jenn Taylor Campbell
Jenn spent 12 years as a birth assistant, lactation consultant, CBE trainer in The Bradley Method and Birthing From Within, and ran LaLeche League meetings with a passion for supporting women who have become Moms.

Currently, she’s a Certified Birth Doula for all "happy" births regardless of where and how you deliver. Jenn is also a Bereavement Doula® helping families struggling with grief and loss, as well as an Adoption & Surrogacy Doula and Breastfeeding Counselor.

Jenn is a Speaker and has 15+ years experience in the foster care sector as both a parent and a trainer. She is licensed as a Transformational Coach and NLP Practitioner through the ABNLP as well as Hypnosis through the American Board of Hypnotherapy.

Jenn has received targeted training on topics such as crisis intervention, drug & alcohol addiction, surviving trauma, and suicide prevention, which has equipped her with a solid understanding of how to serve others experiencing trauma.

She is also married to an amazing man in Reno, NV, and is a runner, minimalist, and healthy lifestyle enthusiast.

Becoming Parents is sharing stories about infertility, miscarriage, pregnancy, labor and delivery, bottle feeding, breastfeeding & relactation, self-care after birth, sex to get pregnant and after kids, birth options, to medicate or not to medicate, adoption, midwife vs hospital, the struggles, surprises, joys and exhaustion, and - holy cow - you’ve become a parent! WHAT NOW?!

Go here to listen to episode one in this series: https://youtu.be/2QWHPs94HqM

Almost 30 years ago, in April 1992, my first biological child was born. I can’t believe she is turning 30 – since it feels like I was that age yesterday.

Before her birth, I went through nearly a year of infertility – 7 surgeries and maxed on Clomid and Provera – ending when IVF became an option. I declined, waving the white flag in my infertility journey. For those of you who forge on in the path, I commend you. I intuitively knew it wasn’t my path. At that point, I was weaned off the meds, and in that process of regular bloodwork to monitor my numbers, the doctor told me not only was I pregnant, but I also got pregnant OFF the schedule he had put me on.

He told me it was my miracle – he didn’t know how it was possible I became pregnant.

I was planning on delivering at a birth center with a midwife, however, I was transferred to the main hospital based on my midwife’s intuition that something was wrong. When she was born I was told I would hold her for the first time after she had died of the lung disease she was born with. The above picture is the first time I held her at 9 days old, still hooked up to what seemed like every machine possible – although on day 3 we knew she had turned the corner and the doctors had hope she’d survive.

This experience and my upbringing, along with the positive examples in my life – drew me to doing foster care and adoptions.

I knew the odds of getting pregnant again were low, and I was oddly OK with that.

Not only did I do foster care for 12-years total, but I also worked as a recruiter and trainer of foster parents, with a total of 15-years in the foster care sector. I’ve adopted 5 children and had 5 more long-term that I would have adopted.

I also got pregnant 6 times after my first daughter – 3 more births – all at home with a midwife (2 of them water births), and 3 miscarriages. I guess doctors don’t have every answer in their books.

The first two miscarriages I had were pregnancy #2 and #3 and both were in the first trimester – 11 and 13 weeks. Although it’s always sad to lose a pregnancy, I hadn’t expected to get pregnant and (if I got pregnant) knew my odds of miscarriage were high, so they weren’t traumatic for me. I then gave birth 3 more times, which was a blessing and a happy surprise.

In my 7th and final pregnancy, I lost twins at 19-weeks resulting in 3 more surgeries. A D&C, which was unsuccessful because my doctor couldn’t stop my hemorrhaging, resulting in a hysterectomy – also unsuccessful, as I had internal bleeding – resulting in the 3rd surgery – which saved my life.

I was dead on the table and had 5 blood transfusions during that final surgery.

My biological journey was pretty intense, to say the least. With a total of 7 pregnancies and 10 surgeries over the course of 13-years, I can relate to most of the struggles women go through, as well as the joys.

After my 3-surgery trauma, in which I gained 35 pounds – more than I gained in pregnancy – I felt like someone had put me in an entirely different body. I had to learn this new body, heal and deal with the emotional backlash of losing twins so late in pregnancy as well as the emotions post-hysterectomy.

Within a year of those last 3 surgeries, when that first baby was 12, we moved from Alaska to Nevada, I got a divorce and had full custody of the 8 kids I had at home at the time. I also needed to go from over a decade of being a stay-at-home Mom to working up to 4 jobs. With all of that combined, I hit my emotional rock bottom. I felt lost, alone, and overwhelmed by how much my life changed – especially so close on the heels of the miscarriage and subsequent surgeries.

How did exercise – specifically running – help me get through these challenges

To let you know a bit more about me – I am an extrovert. Coming from that lens, it was helpful for me to run in a group, although I did spend a lot of time exercising in general, as well as running, by myself. To give context to this, I talk to process, where an introvert generally thinks to process. Running is an amazing sport if you’re an introvert who thinks to process. LOTS of time alone, in your head, solving all the world’s problems.

I had to learn how to think to process and running helped me do that.

After the physical recovery, I needed to work on myself, and figure out who I was again. I didn’t realize it at the time, but signing up for a half-marathon with a group of women, helped me in that journey.

As an extrovert running, alone with my thoughts, I felt overwhelmed. Having said that, I allowed myself to be overwhelmed in my thoughts, and just let them happen. When I learned to get out of my own way, running allowed me to process how I was feeling. I didn’t realize how much anger, frustration, and sadness I was hanging onto until I learned to let the feelings just come.

Once I got out of my way and let my feelings come, I learned to figure out why I had them, what they meant, and I began to process through them.

The ability to allow me to feel and then process through my feelings in my head was huge!

At the start of our office half-marathon training, we ran together to build up miles. I hated running. I felt awful, weak, and pathetic. I remember learning about runners high, and thought it was a myth until my first time running 5 miles when the sweet euphoria washed over me. HOLY COW I NOW LOVED RUNNING! It spurred me on – as did the lighthearted competition we had in our office – to complete the training and travel together to my first half-marathon.

There’s something unique in the running community. A sense of camaraderie and teamwork, even though you’re mostly trying to beat your own time. The first time I crossed the finish line, with my first daughter and a crowd of people cheering me on, I never looked back.

I had lost weight, I was in better physical shape, running even helped my bladder control post-surgery, but the biggest and most significant difference was in how I had learned to process my emotions. I worked through how truly awful it was to lose twins at 19-weeks, how terrifying, and physically traumatic those surgeries were. Running taught me how angry I was because somehow after the surgery, I felt like without my uterus and cervix, I was less of a woman.

I processed through divorce, expanded my ability to utilize my time management skills, so even working multiple jobs and taking care of my kids, I was able to carve out enough time to run 3-4 times a week and continue running half-marathons. I even threw in a few sprint triathlons over the years, for good measure. I got my kids involved in providing expert-level aid stations and in running their own races.

Pushing myself to run and the running community helped me pick up all my broken pieces and put myself back together.

I’ve processed far more than that in the 15+ years since that office decided to sign us all up for my first half-marathon. I don’t have adequate words to describe how connected I feel to the running community while learning to be alone with my thoughts. All I can say is thank you. Otherwise, I’ll see you out running.

This site uses Akismet to reduce spam. Learn how your comment data is processed.